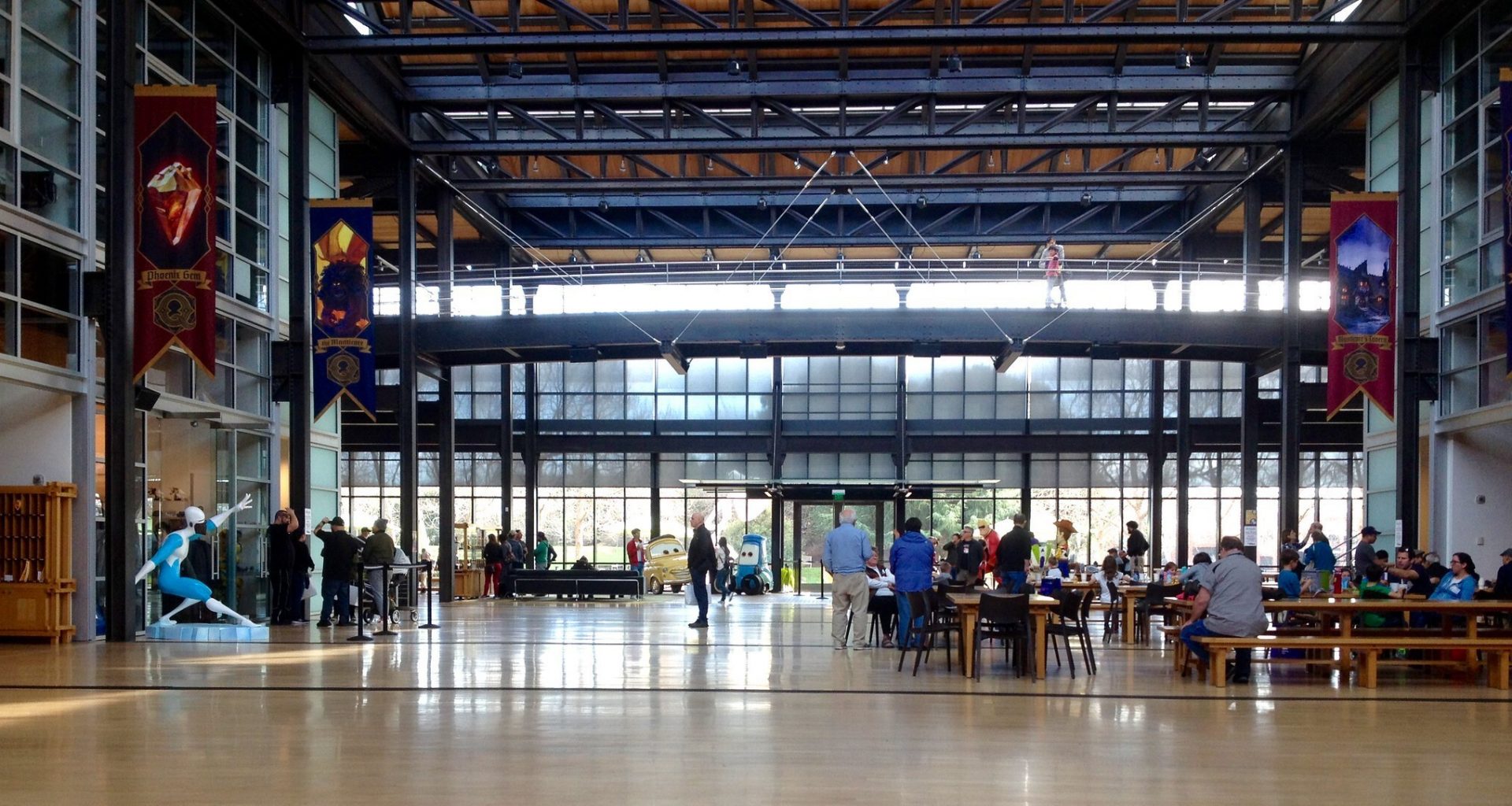 Working remotely for too long? Have a feeling that the team spirit has dissolved somewhat? Your people aren’t as much “in” as they used to be? There are solutions. Steve Jobs knew it long before the pandemic. His vision couldn’t be more true today.

In 1986, Steve Jobs became the majority shareholder of a little-known company called Lucasfilm Graphics Group. For $5 million, he bought a team of computer scientists and graphic artists, but the company wasn’t turning the profit.

Something had to change.

Jobs decided to rebrand the Graphics Group and move to a new headquarters near Oakland, California. A new art studio was built and equipped with meeting rooms, social spaces, and cafes. And though many thought it was a waste of space, Jobs was right. The company’s office became a hub where people could meet, share ideas, and discuss. And soon the company’s productions became enormously successful.

That company is Pixar.

CEOs want people back in the office

Jobs understood the importance of work community and the role of the workspace in creating that community. The outbreak of the Covid-19 pandemic in 2020 forced many companies to temporarily send their employees to the home office, and some of them (like Google, Twitter, and Facebook) quickly announced plans to permanently switch to remote work.

Why will the WFH model eventually have to change? People feel fatigued and lose motivation working from home. We finally understood that face-to-face interactions are necessary for true collaboration. Being together in a physical space shapes the company. If you want to succeed, it is essential to observe and learn from each other.

But what about people’s needs?

According to a recent survey by PwC, 87% of employees say the office is important to collaborate and build relationships. The same source shows that 95% of managers believe that being in the office is critical to maintain company culture.

Another survey by San Francisco architecture firm Gensler found that only 12% of employees said they wanted to work remotely full-time. 70% wanted to return to the office for three days a week or more.

Obviously, we don’t want to ignore the good things about remote work. The majority of employees value the time they save on the lengthy commute, and more than a half admit their productivity is as good or better when working from home.

So where is the trade-off?

The key element is flexibility. People want a combination of remote and office work. And then the office is no longer a place where you simply come to get work done. It is a hub where people share ideas and knowledge, and where they discuss ongoing issues. Where they don’t have to stick to stiff rules. Thanks to the possibilities offered by the market, you have a range of options:

Flexible space operators provide more options. For example, a company may rent a traditional office space for its HQs, and give its employees the access to other locations, closer to home.

There are solutions such as membership cards allowing to use various locations of the same workspace provider or even different providers. This way employees can work from an office near them and the company only pays for the space they actually use (based on the booking).

Steve Jobs knew that workspace was crucial for his company to take wing. If you’re thinking of returning to the office, ask yourself: what kind of space do I need? How do I want to organize the work? What’s my goal and what are my team goals?

And while waiting for the normality to return, it’s good to know your options. The market offers more than you think. A flexible space is a great start.

If you have questions or need advice regarding flexible space options for your company, contact us through our free advisory service.

From a tenement building to a boutique office. Our business grew