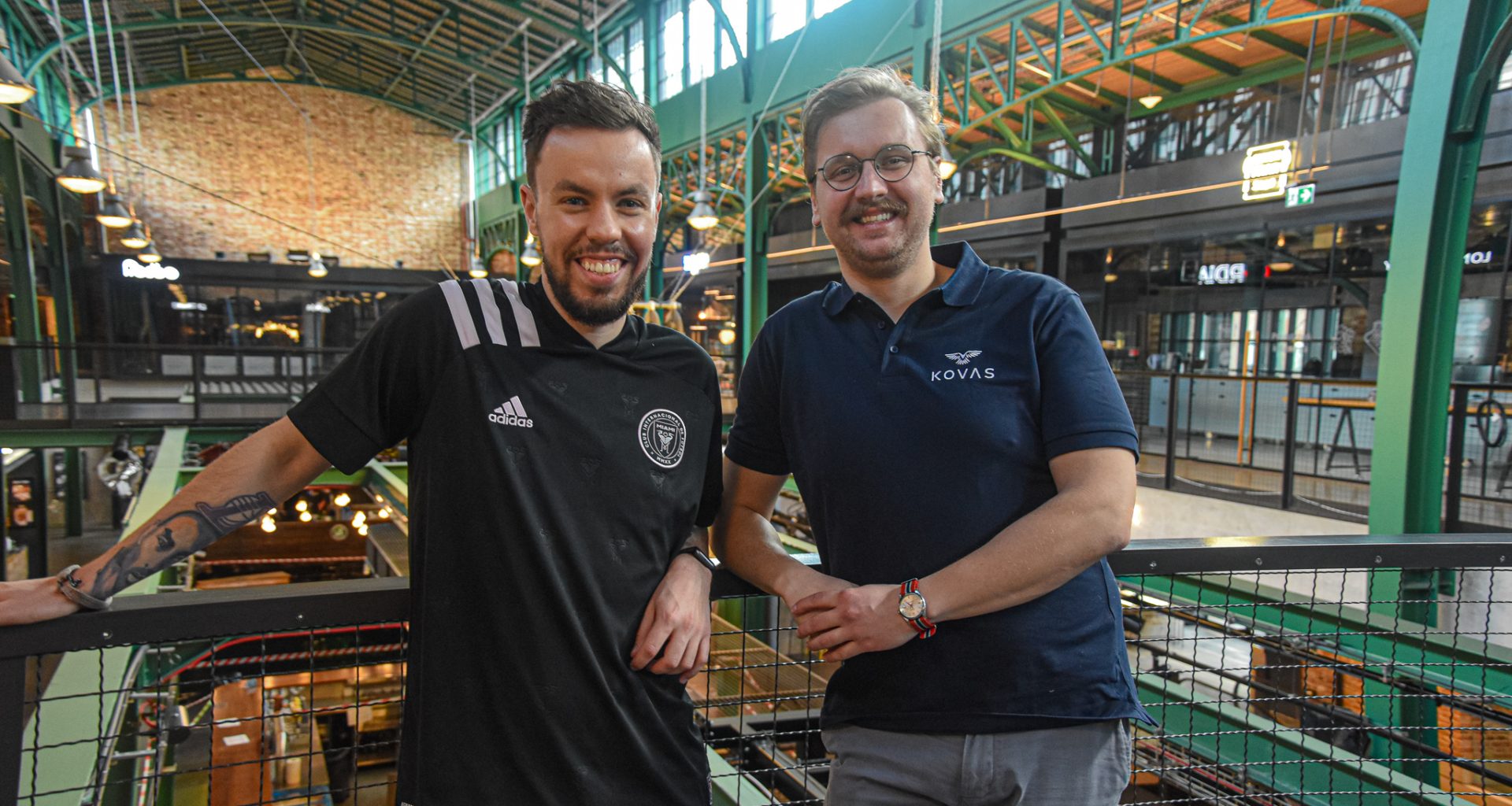 ShareSpace Blog » From a tenement building to a boutique office. Our business grew
WWork story

From a tenement building to a boutique office. Our business grew

Office in a tenement house or working remotely have some advantages but sometimes a business needs a change. – A new workspace made us more professional. Our people have a totally different attitude towards their work – says Adam Borowski, co-founder and CEO of KOVAS Kosmetics Dealer.

He came to Europe 6 years ago with one suitcase. He intended to stay for a week, he stayed for good. Today, Adam Borowski runs a thriving start-up with an exceptional work culture, where everyone’s voice counts.

Adam Borowski is co-founder and CEO of KOVAS Kosmetics Dealer. He never thought he would have his own company. After graduating from the Leonard N. Stern School of Business at New York University, he began a career in financial services and thought he would spend most of his life in that industry. But he felt it wasn’t his thing. He wasn’t comfortable in the hierarchical structure with multiple levels of management above him. He even got fired from his first job for… organizing a strike.

“I felt that it was not for me. And when I was out of options, I met Konrad Grabowski, my business partner. Konrad tried to convince me to the idea of our own company. I had a thousand excuses, but Konrad had an answer to all of them.”

At the time, Adam was already living in Europe, where he had moved from the United States. In fact, he had come for a week in 2015  with a small suitcase. He stayed for good.

Together with Konrad Grabowski they created Badger Men’s Grooming Club. The idea was born – like many top products – out of necessity.

– After moving from the States, I couldn’t find a place to take care of all my grooming needs the way Truman’s Gentlemen’s Groomers did back home. I think that part of being a gentleman is being well-groomed – says Adam.

Today Adam and Konrad together run KOVAS Kosmetics Dealer. They select and import best-quality craft cosmetics for men. But the beginnings were hard.

– We flew to the States to buy cosmetics. We bought them there and then “smuggled” them into Poland. Once I got caught at the border. A very polite border officer sealed the luggage and said we could bring in our products after we presented the necessary documents. It took us three months to get that done but we were successful.  Those 50 kilos were our entire fortune! – laughs Adam.

Today KOVAS imports up to several tons of cosmetics every month. Adam and Konrad not only offer their partners fair prices but also conduct product and sales training. They admit that they are completely different, and it is thanks to these differences that everything runs so smoothly in their company.

“I’m responsible for the strategy, Konrad takes care of the implementation of the ideas. I’m like a sail on our boat, Konrad is more like an anchor. Sometimes the water pours onto our deck, but we keep on sailing”.

The connotation of water here is no accident. In Baltic mythology, Kovas is a god of war, a real Viking with a long beard and hair. His spirit animal is a raven – an incredibly intelligent bird that likes being alone as much as being part of a flock. And this symbolism is embedded in the KOVAS DNA – the company hires 11 people, but everyone is equal. There’s no hierarchy. It’s all casual and everyone – from the intern to the CEO – can speak their mind.

For the past few months, the KOVAS office has been located at Mindspace Koszyki in Warsaw. Adam admits that the move has boosted the company’s spirit.

– We are much more professional now. We have space to host our clients, organize “KOVAS Nights” and other events. We have a variety of rooms, depending on our needs – says Adam.

Before, KOVAS had an office in a tenement house. – We literally had to take care of everything – from cleaning to restocking supplies. I don’t see anything wrong with running a business in a garage, but a coworking space offers so much more opportunity. It’s a great solution for young businesses that want to grow but can’t afford an office manager yet – says Adam.

He adds that working in a space with other businesses gives his company extra power. – Even though we are a start-up, we think like a big company. I recommend everyone to change their office because the right space helps you have the right mindset. And your team having the right mindset is what helps you grow.

He stresses that the most important thing is not space itself, but the people who work in it. The name MindSpace is not an accident – They do everything to enable your company to stay in the right mindset for your growth – admits Adam.

A secret of success

What is the secret of his success? The answer is short: never be afraid.

– I had very hard years in my life and I thought my life was over. But I learned that fear is just fake evidence appearing real. We worry about something that’s not going to happen instead of focusing on the here and now. Sometimes you have to take a step to the side or a step back. And a failure doesn’t mean that you start from scratch then. It’s always a lesson and it always gives you experience.

Are you thinking of a new office for your company? Here you can test what it looks like to work in a flexible office space. And if you need an office tailored to your needs, use our free  360° Advisory.

Safety first. How to bring your team back to the office