An office for pers. is not currently available in Club 16 Soho .

All queries go directly to a representative of Club 16 Soho

Your message to Club 16 Soho has been sent.

Your viewing request to Club 16 Soho has been sent.

All offices in Club 16 Soho

is a min walk from Club 16 Soho

There is no close to Club 16 Soho

All queries go directly to a representative of Club 16 Soho

Your message to Club 16 Soho has been sent.

Your viewing request to Club 16 Soho has been sent. 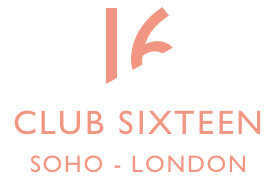 Send a message directly to the team of
Club 16 Soho
A representative from Club 16 Soho will reply within a few hours. Remember, to write in the local language or in English.

Suggest dates on which you would like to visit
Club 16 Soho
Suggest up to 3 viewing time slots and Club 16 Soho will confirm one of them.
x
Delete
Suggest another date +

Your message to the team of
Club 16 Soho

Your suggested viewing dates for
Club 16 Soho
After you click send, you will be redirected to the ShareSpace dashboard where you will be able to chat to the venue host.
UA
Tour Proposal
I would like to propose office tour.

Add Your Space
Get social with us 🙌