An office for pers. is not currently available in QT Space Central .

All queries go directly to a representative of QT Space Central

Your message to QT Space Central has been sent.

Your viewing request to QT Space Central has been sent.

All offices in QT Space Central

is a min walk from QT Space Central

There is no close to QT Space Central

QT Space Central is located on the four upper floors of an elegant Victorian building, just 1 minute from **Oxford Circus** station and very close to Oxford Street, Mayfair, Soho and Regent Street. Perfect for small businesses that want to be right in the heart of central London. The space has a total of eight private offices with shared use of a newly refurbished high end kitchen, washrooms on each floor and a roof terrace with commanding views of the London skyline.

There are currently three rooms available for small teams of two to four people. All rooms have large windows, natural light and are modern and smartly decorated with smart lighting, fibre optic broadband, wifi and plenty of power sockets.

All queries go directly to a representative of QT Space Central

Your message to QT Space Central has been sent.

Your viewing request to QT Space Central has been sent. 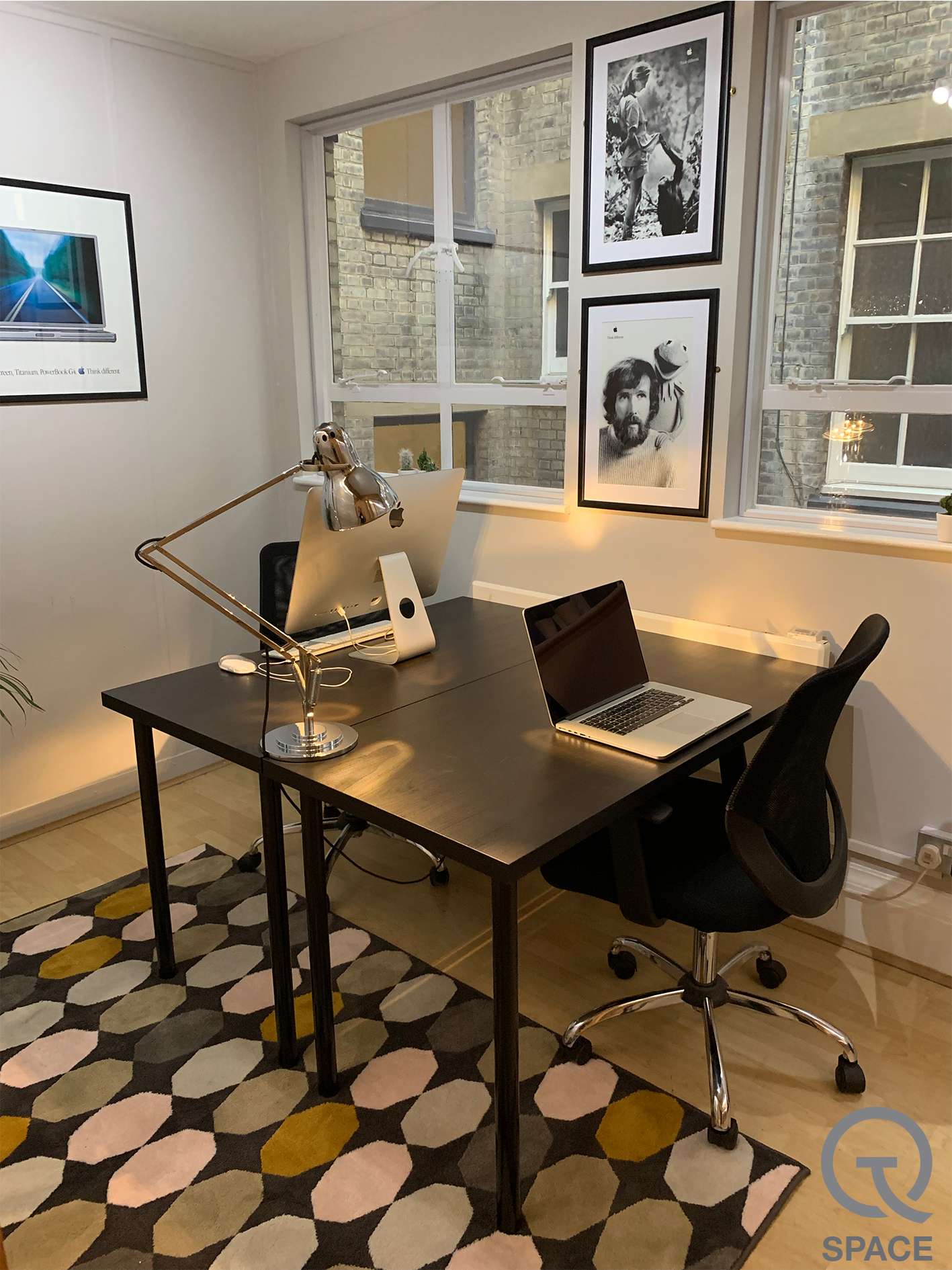 Send a message directly to the team of
QT Space Central
A representative from QT Space Central will reply within a few hours. Remember, to write in the local language or in English.

Suggest dates on which you would like to visit
QT Space Central
Suggest up to 3 viewing time slots and QT Space Central will confirm one of them.
x
Delete
Suggest another date +

Your message to the team of
QT Space Central

Your suggested viewing dates for
QT Space Central
After you click send, you will be redirected to the ShareSpace dashboard where you will be able to chat to the venue host.
UA
Tour Proposal
I would like to propose office tour.

Add Your Space
Get social with us 🙌